There are a lot of prepositions in English and many of them have multiple functions. Prepositions were usually at the top of my students’ troublesome grammar lists! Breaking prepositions up into categories (such as place and time) often helps students learn and remember them more easily. Our Spotlight lesson this week was our Word Bank lesson on Prepositions of Place, so I decided to create some worksheets to practice two of the most common prepositions: IN and ON. I divided the worksheets into two pages—the first is a basic exercise on places, and the second is one on transportation (because in my experience, students get quite confused by vehicles—in a car vs. on a bus, for example). 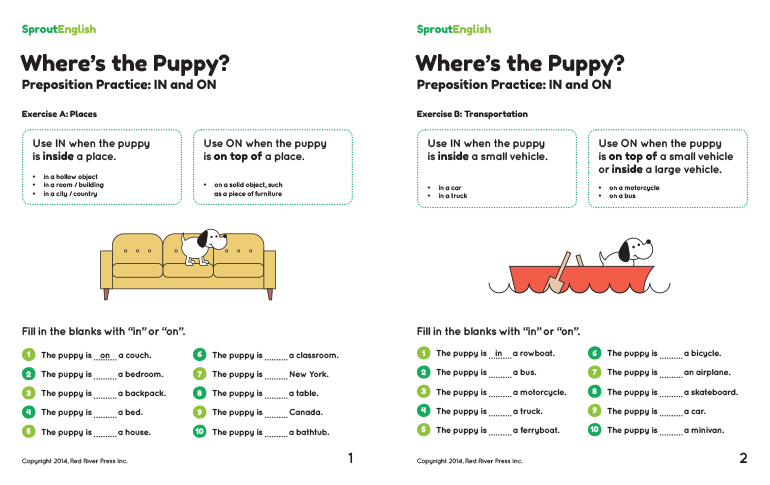 Before you print and hand out these free worksheets, you might want to review the uses of in and on by giving students a few more of the examples below.

Use IN when the noun (person, animal, or object) is inside a place (in a hollow object, a room / building, or a city / country).

Use ON when the noun is on top of a place (on a solid object such as a piece of furniture).

Use IN when the noun is inside a small vehicle. 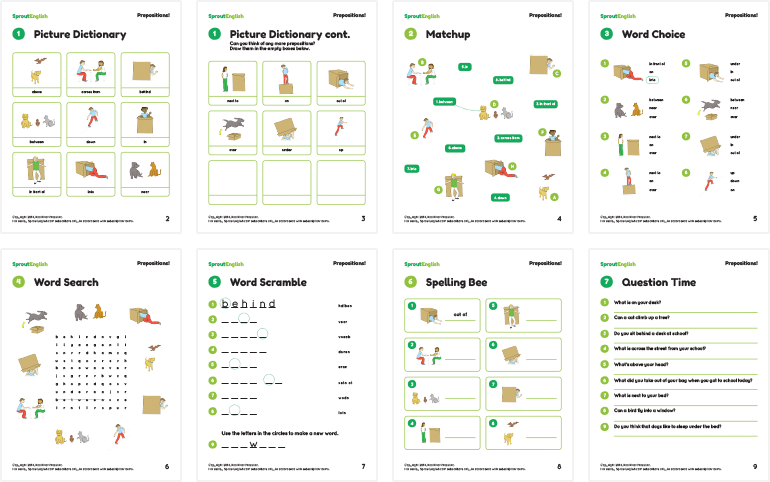 For more practice with prepositions of place, try our Prepositions flashcard set and two Prepositions worksheets in our Grammar – Is section.

Purchase a subscription to access all our Young Learner resources at a low price today!