My daughter recently complained about how boring French class is. When I asked what was boring about it, she said they were reviewing numbers—again. The boring part about reviewing numbers is that they can all already count to one million in French. Really?

The One & Only Fun Game

Unfortunately, though many kids don’t realize it, not all students learn languages at the same pace. Fortunately, when you bring fun into the class, students who don’t feel like they need the review will still be interested in participating and will undoubtedly benefit.

My daughter admitted that there was one (and only one) fun game that they play in French class for reviewing numbers. The reason this counting game is fun is that it’s competitive and takes a little strategy. I’m not sure what they call this game in French class, but in English let’s call it “No Tens!”

Note: This game works best if your students have been introduced to numbers up to at least 50, though it can be adapted quite easily. If you’re just starting to teach numbers, try our Phonics lesson about Reviewing Numbers.

Object: To count in English as high as possible until only one student remains in the game. Whoever says a number that is divisible by ten is out of the game. The last person standing is the winner.

1. Have students stand in a line or circle.

2. The first student starts counting in English (or any target language). He can say one, two, or three numbers. This prevents students from counting ahead to figure out which numbers they’ll have to say.*

3. The second student continues counting, and can also say one, two, or three numbers. She chooses how many to say, but she must not think (plot) too hard, because she can be thrown out of the game for taking too long.

4. This continues until the students get close to “ten.” Whoever says “ten” is out of the game and must sit down. (The same goes for anyone who says “twenty, thirty, one hundred, etc.)**

5. Students who say the wrong number or can’t think of the next number(s) quickly enough must also sit down. ***

6. Continue the one and only fun numbers game until there is only one student left. How high did you count? You can write this number on the board and start in the same place tomorrow.

* You can change the game next time you play by allowing students to say one or two numbers or even four numbers.
** If you’re worried about your very young students hurting each other’s feelings (by strategizing who they will put out of the game), help them get into formation with their eyes closed. Whoever opens their eyes during the game is also out.
*** If you want the game to go more quickly, or if your students are getting very good at numbers, you can be more strict about how quickly the students must say their numbers. Or make them stand on one leg, and whoever loses balance is also out.

There must be more than one fun game for reviewing numbers! Share your own ideas and games in the comments below.

Find this week’s lesson on Numbers in the Phonics Cafe – Book 3. 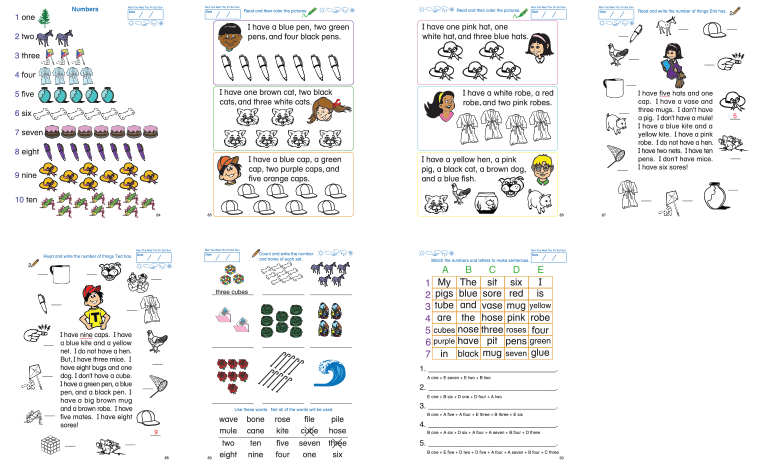 For over 50 printing, writing, spelling, and pronunciation lessons and worksheets, visit our Phonics Cafe! Flashcards and student certificates are also included in this section.

Purchase a subscription to access all our Young Learner resources at a low price today!

Tara Benwell is a freelance writer and editor who specializes in materials and articles for the ELT industry. She is the media director and head writer for ESL-Library, and a contributor to its sister site Sprout English. Tara is the author of an iPad storybook series for kids called Happy Campers Books. Her debut novel, The Proper Order of Things is available on Amazon and in the iBookstore.